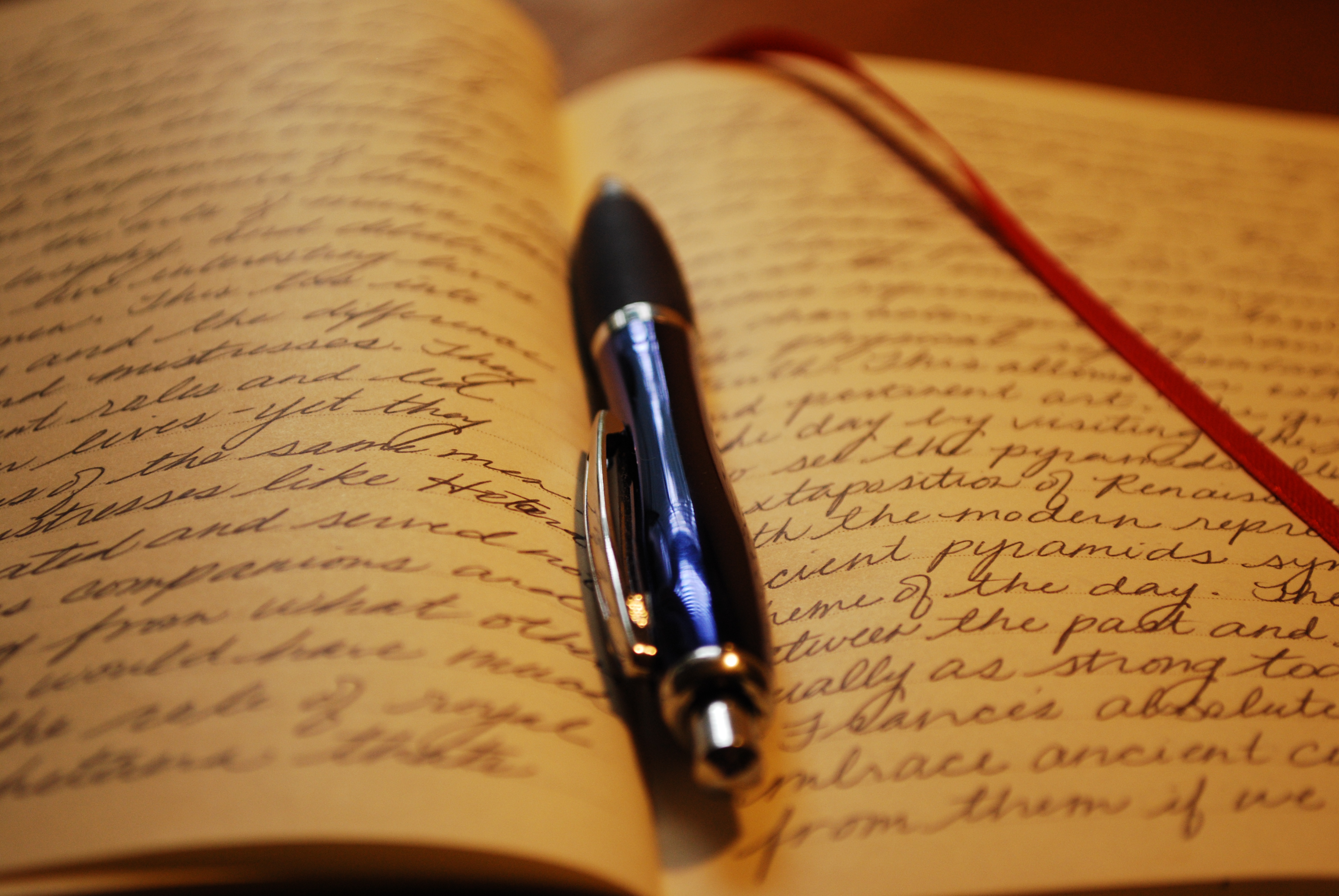 Hey all! I want to share something new with you! I know a lot of my posts are ideas, parables, poems, and inspiration…but I like writing stories and stuff too.

In any case, I want to share an alternative ending I wrote to the book “Dancing in the Dark” by Shoshana Mael. I felt the cliche jewish ending of everything being hunky-dory didn’t fit the story line, so I wrote a new one. I hope you guys like it and tell me if you would like me to post more stuff like this too! This alternative ending (if was atually part of the story) would right before the day Daniella and Rikki had the big meeting in the school office where Daneilla tried running away. Anyway, if you have not read the book, it’s actually extremely good and I uss. hate Jewish books since they are ALL. THE. SAME. This one isn’t. (There’s no shidduch in it!!!!!)

​I remember that day. So long ago.

I feel the need to finally end what I started. You know how people tend to start things and just forget about them as time goes on? Or they haven’t forgotten, the item has just been pushed to an forlorn corner in the back of the mind- waiting, and waiting​ to be resurrected.

So this was one of things. The second one I mean. Pushed to a far corner of my brain. Until today. Today I remembered. Well, actually not davka today, many thoughts I had been having this ​past ​week just led up to me remembering about this small detail. Slowly, slowly, as I thought about Daniella in connection to everything going on​, more things from the past were just popping back to me. Or more like popping forward. Or popping back to the forward. Never mind- it doesn’t matter. What matters is today, today I finally remembered about this thing.

I think I’m getting ahead of myself, perhaps? ​Let’s start from the beginning of that day​. The day everything happened. So, that day, as you can recall was the climax of my entire life. Well maybe not my entire life, but a climax no less. Things had been steadily progressing with the schools involvement in my personal life​ to the point where I knew something was going to happen. ​Anyway, the day of this climax of events​, I was invited to the principal’s office. I davened like crazy that this would end okay and I went in with my head held high. ​When I arrived, I saw my​ principal, Daniella, My father, My mechaneches, Daniella’s mechaneches, and the school guidance counselor.

​WOAH. That’s a lot of people for just this one tiny issue, right?​

I won’t write about what went on in there. I recall much screaming and blaming going on. I recall a horrible sensation of fear settling inside my stomach. I don’t remember exactly what was said. It has been too long,  I have tried many a time to forget, and I suppose I have​. I suppose that I wanted to forget those moments so much, they became one of those forgotten sort of things.​

Where was I…?? Oh right, in the office​. So there we all were, debating, arguing, and suddenly in a burst of rage that seemed like was the climax of quite a few years worth of anger -Daniella smashes the window open​ leading ​all the glass to ​come crashing down with a sensational sound​. I remember that moment, it will be frozen in time by me well…till the end of time. Not caring, although she was bleeding from many places, she bounded through the window​, getting more cut as she did, and landed outside the building. Once she was out, she began to run through the parking lot like she was on fire.​

And that was the last time I saw her. My sweet, daring, crazy, sister. My best friend. Oh no, now I started crying again.​ *Sits there staring into space for five minutes and dreaming about Daniella. Oh, right. My story- so ya, I know what you are thinking. You imagined that when both my mechaneches and Daniella’s chased her through the pa​r​king lot, they would catch her, right?
Wrong. With Daniella daredevil abilities strong enough for her to break a window and jump through it, you think two ladies in their 40’s (one being pregnant too!) would be able to catch someone with such a strong will power to escape?

I haven’t seen her since. I miss her terribly, I think about her every day. All her life, she tried to protect me. No doubt she believes she abandoned me by running away​. Then I was too young to understand it so much (it meaning people, teenagers, and their moods)​, but ​now that I have grown I get it​ ​more. ​ By running, she didn’t abandon me, or our brother, or anyone else. She​ abandoned no one but herself. By running ​she gave up on herself​. She didn’t believe she could change, she didn’t believe that there was someone beautifu- a daughter of G-d underneath her dyed hair and medicine bottles. She believed everyone else could do it- except for her. That she could help everyone else, except for her.

I lost my sister that day. The same day my past went up in smoke. For when I went home to get my things to leave, to let myself heal in a different environment- there was not ​m​uch to get. My room was up in flames. My mom ha​d escaped from the hospital and​ lit it on fire. Sure, it was put out by the time I came, it hadn’t been very large due to the fact that she had a small army of police, hospital staff, and neighbors chasing her.​ Most of the house was fine-​ but my room-​my room wasn’t. My journal, the one I recorded all those pain filled memories in was nothing but a​s​hes and dust.

So now you see why I am writing on this paper from Kayla’s bag. It is a last ​diary entry. A finishing of sorts, in many ways. Well, for one this is the last entry in my old journal. Even though this isn’t my actual journal, it is still a last entry.​ I couldn’t ​just ​leave it with no ending​! Since ​the fire ​I have started a new journal but it ​is a ​different journal. With a fluffy pink cover that proclaims “Hope” in cursive letters.​ It’s filled with hope, happiness, triumphs, failures, and some pain. Some pain. Not all pain. But this old journal had no ending, and I felt I had to finally end it.​ This is also not just a plain old entry…it’s a letter. A letter to Daniella. ​

You see​, the second finishing is a finishing up of a part of my life- for today is the day of my wedding. I cannot even believe I made it here! That I found the right guy, that I recovered, that…all of this. I can’t believe Hashem has bestowed upon me such amazing kindnesses.

​ ​So, I am sitting here before my chuppa, writing. Writing not just an entry, but a letter to my dear sister, D​aniella.
​Dear Daniella,
​
I miss you Daniella. I think about you every day. I have thought about you much this week, dreaming, hoping that somehow you will know about my wedding and come to my chuppa. I know you haven’t called us in 4 years, and no one has heard a word from you. Not a phone call, email, letter, whats app, or…anything. I sometimes wonder if you are still in this world. I would have thought you would of tried to get in touch somehow, or…something. But no, you haven’t.

I guess you are too busy trying to find yourself. The person you lost when you ran away that day. Although, I do wish- I imagine, you somehow knowing about my wedding, and showing up at the last minute.

I know somehow Hashem will get this letter to you. One day. In this world or in the next. And I know one day I will see you again. I have faith. I have hope. I have not abandoned you Daniella, no matter how far away you are.

It’s time. Time for me to end this chapter. To end this letter. To end this journal. My chuppa is about to begin.
I don’t know if you will come. But even if you don’t I know you will be here. In spirit-somehow.

So, until I see you next, I remain-

I apologize, I have forgotten the names of their mechanecheses and principal, along with their brother’s name.

I'd love to hear YOUR thoughts: Cancel reply