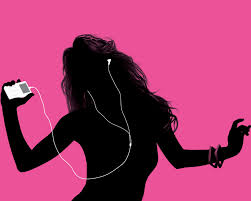 “Every time I turn on my ipod, I think, I could listen to no-jewish music now, or jewish music now, so which do I choose?”
That’s what a friend of mine said.
It’s true, the choice is yours, what will you? How can you make the better choice? It’s so hard….
I was requested to write about the music issue…the problem is, it’s not an issue for me Baruch Hashem…
I think there was a month I was obsessed with ummm….what’s her name? umm..taylor…taylor swift!!! I remember now, I liked 3 songs of hers…I don’t even remember the names….but music is the language of the neshama…
And non-jewish music sticks, it really does, admit it, I still remember parts of those songs…or songs I heard people singing in a frum sleepaway camp….
Everyone has different nisyonos, for some it may be internet, or music, or movies, or drugs, or alcohol (I haven’t heard of women being addicted..but I’m sure they exist) or I don’t know what else…
So how can I talk about something that I’ve never had to deal with???
It’s hard, I’d love to hear your feedback, opinions and stories, and I can post them on my blog if you’d like…
But I’ll tell you what, I’m a reader, so my nisayon is non-jewish books….and one day, I said that’s it.
I brought the books back to the library and never went back…the problem is, our family is renting, and the old family is still keeping some stuff here..like dishes…and books…non-jewish books, they are just calling mew to read them!!!!!
But..I didn’t….but one day…I did, oy, it was such a bad book, I closed it in the middle….and I never continued it.
Now it’s sitting on a shelf, in an easily accessible room, but I won’t read it!!! I WON’T!!!
It’s SOOO Hard!!! It’s in my house, I can get it at any time….I’m in the middle……..
But I decided I won’t…maybe that’s the way music is, it’s sitting there, easily accessible…
But you have a choice, you can delete it, delete all your music except 50 favorite, not horrible songs.
Then slowly…slowly…delete more.
If it’s not readily accessible, there is less of a chance you will listen, for to listen you need to stream online, or go to youtube…but at least delete them off of your memory on your phone, ipod, mp3/4…
I know a woman who took on to cover her hair for the 3 boys….
A non-religious woman….covering her hair, and she is continuing, you CAN do something!!!
Question is, WILL you???
I love hearing feedback!!!! Feel free to contact me!!!
❤ Hadassi

I'd love to hear YOUR thoughts: Cancel reply